Since 1874 Charleston Animal Society has recognized the inextricable link between people and animals.  The special human-animal bond is celebrated today with the release of the new “Stay with You” public service message.

Joe Elmore, CRFE, CAWA, President and CEO of Charleston Animal Society said, “in the time of this national emergency, we wanted to remind our community of the powerful bond between people and pets.”

Look for the PSA on your local TV stations. It has been distributed to ABC News 4, Count on 2, Live 5 News, as well as the Xfinity and Spectrum cable systems. All of these media partners may soon be showing it as a public service. The video has already premiered on Facebook and YouTube.

LA singer / songwriter Jessica Childress partnered with Charleston Animal Society to create the PSA.  According to Childress, who started her career on NBC’s The Voice, “’Stay with You’ is a song about unconditional love. During these particularly difficult times, it’s incredible to be able to spread a little love into the world with this song. I’m so proud to have partnered with Charleston Animal Society.”

More than an animal shelter, Charleston Animal Society is a thought leader in the welfare and well-being of animals. In addition to caring for homeless animals, from hamsters to horses, adopting pets into new homes, and reuniting lost pets with their families, the organization responds to animals in crisis as a result of both man-made and natural disasters.

“A lot of people are really hurting right now,” said Elmore. “We believe that animals and people were meant to be together to provide comfort for each other and that’s the message of this new campaign.” 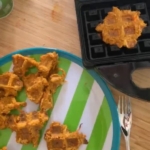 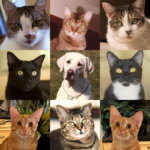