More Animal Lives Saved Across State then Ever Before!

The 2020 numbers for South Carolina’s lifesaving efforts are pretty impressive.

No Kill South Carolina (NKSC), a program of Charleston Animal Society that is funded by the Petco Foundation has tracked euthanasia numbers since NKSC started in 2016. As you can see below, the number of cats and dogs being euthanized has continued to fall year after year, thanks to lifesaving strategies and teamwork between agencies.

The old days of the “dog pound” appear to be ending and the risk of euthanasia for sheltered animals is at a historic low. Only 8% of dogs and 18% of cats were euthanized in 2020, a dramatic decrease from only 5 years ago. For example in 2016, one out of every three cats in shelters was being euthanized, but now that number has almost been cut in half.

Despite the progress, there’s still a lot of work ahead.

We believe that humane euthanasia is necessary for animals whose suffering cannot be relieved or who are unable to live safely in a human environment. So while the euthanasia rate alone doesn’t tell the whole story of animal welfare in our state, it gives us a good idea of the overall direction.

South Carolina animal shelters are working together more than ever before to save lives. Each community has its own challenges but by relying on one another to implement research-based, data-driven leading practices we are seeing the results of our hard work. No Kill South Carolina is coming! 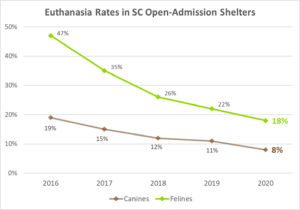 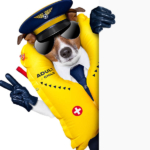 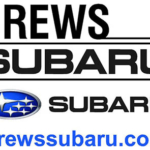